How does SFP work?

How does SFP work? 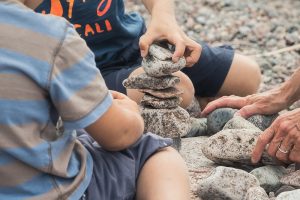 The Annual Party Congress is usually held during the second weekend of June.

The Swedish People’s Party in the European Parliament

As part of the campaign for the 2019 elections to the European Parliament, the member parties of ALDE in collaboration with member parties and partners from across the European Union adopted a Manifesto defining their priorities of their political action at European level.

Individual Membership of the ALDE Party

Party members of Svenska folkpartiet who also wish to be involved at the European level can become Individual Members of the ALDE Party.

Click here to find out more about ALDE Individual Membership

The Swedish People’s Party has Local Chapters all over Finland. The Local Chapters are Member Organisations of the party and they are entitled to voice and vote at the Annual Party Congress.

In municipalities with several Local Chapters, the Municipal Organisation acts as an umbrella and a local cooperative organisation.

Apart from Local Chapters you can also belong to the Swedish People’s Party through a number of Special Interest Groups. At the moment there are nine of these. These groups are not localized to a particular region, but have members from all around the country, brought together through the theme of the group. You can find a list here.

The Party Executive Board appoints Policy Committees as needed. The current Committees can be found here.

The Swedish Youth of Finland

The Swedish Youth of Finland (Svensk Ungdom) is the youth organisation of the Swedish People’s party.

The Women’s Organisation (Svenska Kvinnoförbundet) is the women’s organisation within the party.

The Swedish Seniors of Finland

The Swedish Seniors of Finland (Svenska Seniorer i Finland) is the Swedish People’s Party of Finland’s organisation for seniors.

SFP – Close to you

These cookies collect information about the use of the website, for example, about the most visited pages and most used functionalities. Based on this information, the site can be optimized to be more user-friendly.

These cookies enable the third-party features offered on the website, such as videos, podcasts, or social media services and functionalities. These cookies may also be used by the said third parties to serve customized content and/or advertising on their platforms.

Advertisement cookies are used to provide visitors with relevant ads and marketing campaigns. These cookies track visitors across websites and collect information to provide customized ads.

Save & Accept
Powered by